Home Taking the Plunge into Bourbon

Taking the Plunge into Bourbon 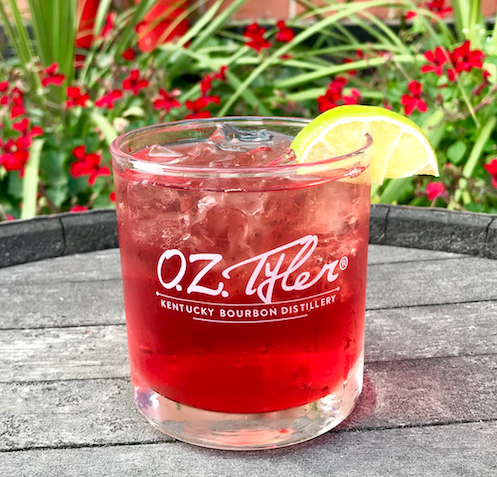 No doubt, Bourbon is the big thing now. Regardless of whether you hail from the Bluegrass State, bourbon does not have to be intimidating and anyone can develop a palate for the whiskey. With a little bit of knowledge, understanding of the differences in tastes, and how to drink it, any novice can dive in and become a bourbon aficionado.
We caught up with third-generation master distiller, Jacob Call of the O.Z. Tyler Distillery in Owensboro, Kentucky. Jacob grew up around bourbon and knows a thing or two about it. Since we just came out of National Bourbon Heritage Month, he is offering us Wine X-ers advice on how to take the plunge into the world of this complex Native American spirit.
First, he says, educate yourself by learning the basic facts about Bourbon:
It’s a whiskey; but not all whiskeys are bourbon. Bourbon is a subcategory of whiskey. There’s Scotch Whiskey, Rye Whiskey, Corn Whiskey, etc.

It’s made only in the United States and 95 percent of bourbon is made in Kentucky – because Kentucky’s got the perfect temperature swings to augment the aging and activity in the barrel, natural limestone water, and access to great Kentucky corn.

The mash bill, or recipe, must contain at least 51 percent corn

It must be stored in brand new, charred American oak barrels

It contains no flavor additives; the flavor comes from the oak’s char, yeast, and the combination of the other grains

Kentucky Bourbons must be aged at least a year and a day while other bourbons do not have that restriction. There are more details you should know if you want to be taken seriously as a bourbon enthusiast:

Single Barrel Bourbon means there is no blending between barrels; it’s from a single barrel and is typically more pricey than blended bottles

Blended Straight Bourbon is a mix of blended straight bourbons

Bottled in Bond means the bourbon was made at a single distillery, by one distiller in one distillation season, aged for at least four years in a federally bonded and supervised warehouse, and bottled at 100 proof

As far as age goes, if you’re looking for a number on the label, you may not always find one since it’s only necessary to stipulate age if the liquid is aged less than four years. If it’s not mentioned, figure it’s probably been aged around 4 years, but not much more. Bourbons that are laid down and aged longer will most likely want to highlight that on the label.

Bourbon offers a wonderful array of distinct flavors, so you may ask why bourbons vary in taste if the primary grain is always corn. Bourbon mash bills can be explained in a similar way to bread – the flavor can all be changed dramatically depending on the mix of grains (other than corn) in the recipe and the type of yeast used for the fermentation process. Sweeter bourbons are made with more corn and wheat, while spicier, bolder bourbons not for the faint of heart, favor rye.

The four things on which you should base your bourbon preferences are how it looks, how it smells, how it tastes and how it finishes in your mouth. Older bourbons are smoother as the impurities have had more time to be filtered out while younger, more affordable bourbons tend to have a bit more bite. Furthermore, bourbons produced at O.Z. Tyler have been finished with TerrePURE® – a patented technology that smooths out the harshness to make for a softer, tastier liquid that’s perfect for both novice and veteran bourbon drinkers.

What’s the best way to drink? For a beginner, a mixed cocktail such as a Manhattan, Old Fashioned or O.Z. Rosie*, might be a good introduction. Of course, sipping bourbon neat or with a drop or two of water to help enhance the aromatics ensures you experience all the nuances of the bourbon. Jacob prefers to drink his neat but offers the recipe for the O.Z. Rosie should anyone want to give it a try. Just remember, there is no best way to enjoy our native spirit just as long as you appreciate and savor every sip.

ABOUT THE O.Z. TYLER DISTILLERY
Named for Orville Zelotes Tyler III, creator of the patented TerrePURE distilling technology, the O.Z. Tyler Distillery opened in 2016 in Owensboro, Kentucky. It produces more than 72,000 barrels a year of its own label Bourbon and Rye as well as bulk brands and private label spirits. The Distillery also provides Kentucky Bourbon Whiskey, Rye Whiskey and American Whiskey to licensed distillers and international spirits traders. The historic Distillery, a Heritage Member of the Kentucky Bourbon Trail, is open for tours, tastings and private events. For more information visit www.oztylerdistillery.com.