Home What We’re Listening To Swingin’!!! 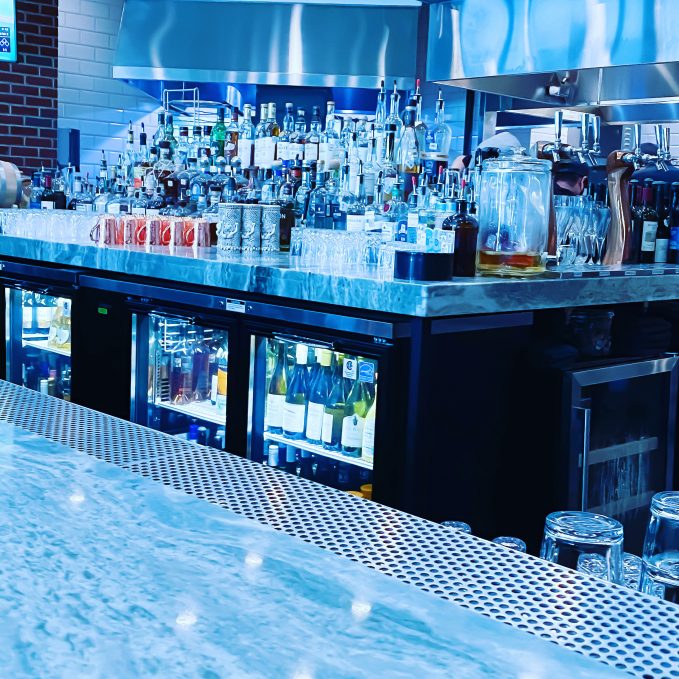 It’s a Saturday night at the HiBall Lounge in San Francisco. At candle-lit tables, cats in two-tone shoes and high-waisted trousers buy cocktails for broads decked out in flip skirts and wedgies. Cigarette girls stroll, bartenders shake Martinis, toes tap as the band, a mere fifteen feet away, jumps into another set. On the polished wooden dance floor, it’s all garter belts and swiveling hips as dancers start to jitterbug.Sit at the bar here for very long and you start expecting Jimmy Stewart to stroll in and hang his fedora on the hat rack. At the HiBall, where the scene is all swing all the time, it’s easy to forget that life isn’t one big USO dance. It may be 1998 out there but in here, it’s a cool 1941.

Of all the has-been trends that have come back in the nineties, swing is the most unexpected and exciting. The underground scene that had been jiving on “swing nights” around the country got a big boost from John Favreau’s 1996 hit film, Swingers. Now there’s such a taste for the lifestyles of the thirties and forties that even the Gap is using a swing campaign to sell its khakis. The big millennium is looming on the horizon, but the swing craze hints that a lot of young people would rather reinvent the lives of their grandparents than chart the final frontier.

Who can blame them? Those were the days. Sure, the second World War was raging overseas and life was uncertain in many respects. But on the homefront, profound and lasting cultural changes were taking place. With the threats of war and suffering all around, many Americans adopted the philosophy of living in the moment and shed social taboos and conventions that had once held them back. All of a sudden women were working in airplane factories and heading households, hemlines were rising, and a new dance with fancy-free footwork called swing was tearing up ballroom dance floors.

It was the “King of Swing,” Benny Goodman, who gave jazz rhythms an uplifted tempo that was perfect for dancing. As music changed, so did the way folks moved to it. Before long, the floors of the Big Band ballrooms of the 1930s were shaking with the complex, six-step footwork of swing. The intricate, double-paced steps evolved until dancers literally began walking on air, with the first “air steps” or aerial moves being invented in the Harlem Savoy Ballroom in 1935.
Swing was first known as the “Lindy Hop,” named such after Charles Lindburgh’s hop across the Atlantic. It also has variations called jitterbug, shag, jive, boogie woogie, West Coast swing and countless styles within these. While it may seem hard to believe, many people who had never danced with a partner in their lives until the swing revival are now purists to their favorite forms.In Los Angeles, the renaissance of swing owes a debt to a club called The Derby, a part of the Brown Derby restaurant chain that was restored in 1993 to the look of its hey day. Many neo-swing bands that have jived up their stage — including Royal Crown Revue, the Derby’s first house band — have gone on to contracts and swing scene fame. Big Bad Voodoo Daddy (featured in Swingers and currently touring like the dickens), Lee Press-On and the Nails, Cherry Poppin’ Daddies and Lavay Smith and Her Red Hot Skillet Lickers are just a few of the bands with that swingin’ sound and a growing number of dedicated fans.

So what is it that inspires young rug-cutters who came of age in the Cyndi Lauper era to scour thrift shops for rayon shirts, copy their granny’s hairdos and spend hours learning dance steps that were recently well on their way to oblivion? While glamour and nostalgia do play a part, it seems most people who’ve got that swing cultivate it out of a desire for simpler, slower times when it was still polite to help a lady with her coat and getting dressed to go out took a little more care than digging jeans out of the hamper. We’ve got women’s liberation, cell phones and twenty-four-hour grocery stores, but most of us still feel like something is missing. That something, it seems, is class.

“In the thirties and forties, even those who weren’t wealthy had a sense of class,” says one swing chick. “Men wore hats and took them off when they went inside. It was considered a nice gesture for a man to not let the door slam his date in the face. Of course those eras had their drawbacks. I certainly wouldn’t want to give up what women’s liberation has made possible in terms of work and opportunity. But I wouldn’t mind having a chair pulled out for me once in a while.”

In a world that moves too fast, encourages hyper-independence and creates trends simply to juice their commercial value and watch them die, the swing scene has become the thinking cat’s alternative to MTV and the Starbuck’s-sponsored Lilith Faire. Maybe our grandparents knew the score, after all.

If you’re going to walk the walk in a swing club, you’d better talk the talk. Here’s a sampling of slang coined by swingers of the past.

a hummer
exceptionally good
barbecue
the girlfriend, a beauty
blew their wigs
got over-excited
cogs
sunglasses

The Segregation of Wine
1,180 views