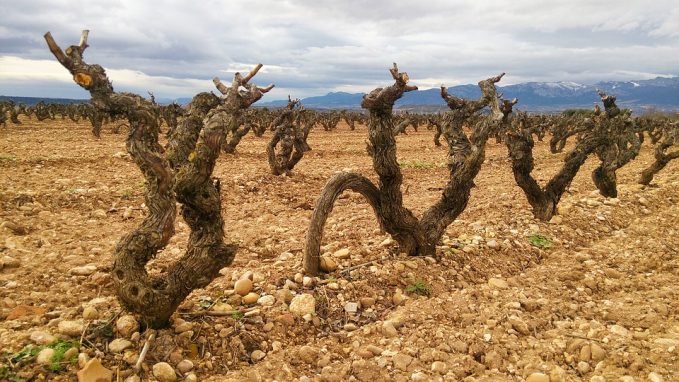 In the northeast, just inland from Barcelona in the foothills of the Pyrenees, the Penedes region of Catalonia (Catalunya to the locals) produces Spain’s best-known sparkling wine. Known as Cava and made in the classic methode champenoise, it features native grapes such as parellada, macabeo and xarel-lo. Recently, some Cava producers have begun adding or substituting classic Champagne varietals such as chardonnay and pinot noir, especially to their high-end blends. Even so, it’s hard to pay more for Cava than about $12 — and most run well under $10.

The Catalan natives, who drink up over 60 percent of their total Cava production themselves, enjoy it anytime, anywhere; all by itself, and with their seafood stews, savory tomato combos and sauces such as spicy, almond-flavored romesco and garlicky allioli. In the United States, look for Codorniu, Paul Cheneau, Segura Viudas and Freixenet. (And, if you’re lucky enough to find it, Agusti’ Torrello’s incredible “Kripta,” a prestige cuvee in an award-winning torpedo-shaped bottle.) But if you’re strolling the streets of Barcelona, tear your gaze away for a moment from the eye-popping Antonio Gaud’ architecture and ask for the nearest xampanyeria — you’ll find a hip, casual bar scene with dozens of Cavas by the glass.

But Catalan turns out more than just bubbly. They also produce crisp, dry whites, fruity roses and a range of reds made mostly from garnacha and carinena (also known as grenache and carignane), and tempranillo and monastrell; plus Bordeaux transplants such as merlot and cabernet sauvignon. Sarda, Vallformosa, Jaume Serra and Mont-Marcal are all worth hunting for. The best-known producer, and one of the finest overall, is Torres. (The family also has holdings in Chile, and a sister, Marimar, operates her own winery in Sonoma County, California.)

Reds make up the major output of the Rioja region, in north-central Spain, and account for Rioja’s world-class reputation. Mostly based on tempranillo (thought by some to be a clone of pinot noir) and garnacha, and aged in quality oak, wines from this area are some of Spain’s best-known reds. Softer and fruitier than the cabernets and merlots of Bordeaux (which lies just over the Pyrenees to the north), red Rioja is often lightened up, as is done in Italy’s Chianti region, with whites such as viura. In fact, vineyards often have a mix of reds and whites planted side by side. (There’s also a small but growing amount of white wine in Rioja too: Some crisp, light and traditional; some rich and creamy from barrel fermentation.)

Look for products Bodegas Marques de Murrieta, Marques de Caceres, CUNE and one of the region’s oldest and highest-quality producers, Bodegas Montecillo. (Its Reservas age well for decades, and the “Vina Cumbrero” is a great all-purpose light red at a bargain price).

Just northeast of Rioja, the ancient kingdom of Navarra, known as “Spain’s California,” grows a great deal of the country’s fruits and vegetables, in addition to a wide range of wine grapes. Though it’s best known (thanks in part to Ernest Hemingway) for its fruity, easy-drinking roses, Navarra also turns out some high-quality white wines (mostly viura and chardonnay, which are sometimes blended) and ageworthy reds (tempranillo, garnacha, cabernet and merlot, as pure varietals and in various combinations). The region’s major producers include (Bodegas) Julian Chivite, Ochoa, Nekeas and Guelbenzu.

Along the lower west coast in the province of Andalucia, just above Spain’s southernmost tip, lies the town of Jerez de la Frontera. Here, and in the surrounding region, the chalky soil, sizzling heat and unique winemaking methods turn the palomino grape into the sun-baked, golden elixir called sherry. Sherry can range from pale, delicate and bone dry to thick, sweet and toffee-colored. It’s great with everything from a simple appetizer of olives and bread to a slab of fruit-and-nut tart.

Sherry tastes unlike any other wine for two main reasons. First, a crust of flor yeast can form on its surface, flavoring it as it matures. Second, it ages in a multilevel solera system of giant racks, in which the wine moves from barrel to barrel, top to bottom, blending younger lots into older ones. The finished product is delivered from the lowest tier.

The palest sherries, made mostly from free-run juice, are called fino. They have a strong flor character and are fermented to dryness. Oloroso sherry, usually a bit deeper in color and flavor, comes from grapes that have been pressed. Oloroso is fortified with brandy, which kills the flor.

Leave fino in a cask and you have amontillado (shades of Edgar Allan Poe!). Grow your grapes and make your fino in the seacoast town of Sanlucar de Barrameda, and you get the tangy, even salty, manzanilla. Add some concentrated local grape juice to an oloroso and voila, you’ve made cream sherry.

Because sherry has already aged as long as it needs, it’s ready to drink when you buy it. It’s also somewhat fragile, fino especially, so after you’ve pulled the cork, drink it up ASAP (oh darn, quel hardship!), or refrigerate what’s left. Try the various bottlings of Osborne, Domecq and Gonzalez Byass.

In sherry country, tapas, those amazing little random snacks on tiny plates that seem to appear magically whenever you find a copita of sherry in your fist, are a way of life. Olives. Nuts. Tiny fried fish. Shrimp in their shells. Juicy oak-smoked sausages. And velvety jamon, Spain’s answer to prosciutto.

You’ll find tapas bars throughout the province, in cities such as Sevilla and in the countryside, where you can feast ’til you fall on the floor. Sometimes they bill you on the honor system; sometimes they charge you by counting the plates or toothpicks that once held your little treats.

Other parts of Spain that are producing quality wines include Rias Baixas in Galicia, on the west coast just above Portugal, which specializes in the white, riesling-like albarino grape; Priorat, in the Catalan Mountains, with reds based on garnacha and carinena (look for Costers del Siurana and Alvaro Palacios at the high end — Scala Dei and Onix for less than $10); and Ribera del Duero, north of Madrid, where the tempranillo-like grape called tinto del pais makes world-class reserve-style wines. Look for Bodegas Reyes, Bodegas Ismail Arroyo, and especially Bodegas Alejandro Fernandez (whose Pesquera Janus has a well-deserved cult following) and Vega Sicilia.

Spain also turns out some pretty decent beer, with beer-and-tapas bars providing a great respite in the heat of summer. Plus, several of Spain’s wine-producing regions also make brandy (as well as other distilled spirits such as the grappa-like orujo). Spanish brandies pack a major punch, but the good ones are smooth, complex and lingering. Pour a snifter after a fine paella dinner, dip into a caramel-creamy flan, crank up the flamenco guitar CD, close your eyes, and you’re on a virtual trip to Spain. No pesetas necessary; no pesky passports — just pure pleasure. Salud!

If you thought Spain was just about bullfights, flamenco dancing and “rain mainly on the plain,” think again. Think wine. Although Spanish wine, with very few exceptions, may be next to unknown in the U.S., it’s been around for millennia; it’s among the most diverse and abundant in the world; and – bottom line – it’s really tasty stuff. Plus, it’s unbelievably inexpensive.Although the country is no bigger than, say, Texas, its climate and terrain vary literally all over the map. Wedged between France and Portugal, with the Atlantic on its north and west edge and the Mediterranean along the east and south, Spain has everything from mountains to near-deserts to sunny coastal plains, making for a multitude of microclimates to grow grapes for everything from delicate sparklers to seriously gutsy reds to that quintessential Spanish specialty, sherry. 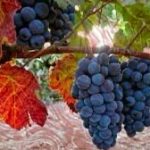 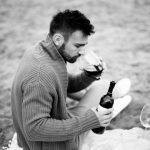 I’ll Have Your Finest Red