Roller Derby Gets Back On Track

Back in the free-wheeling seventies, when most of the girls on my block were busy playing “school” and “Charlie’s Angels,” my game of choice was “Roller Derby Queen.” I came up with the idea after watching a Saturday-morning derby match with my grandfather and immediately recruited some of the more reckless kids on the block to engage in a rolling battle for the title of Queen. We chalked a track on a quiet street, cued up Jim Croce’s hit tune on my mother’s portable tape recorder and took off like, well, hell on wheels.

More raucous than an imaginary classroom, but less dangerous than fighting over who got to be Farrah Fawcett, Roller Derby was an odd pastime for the quintessential little girl who wore ribboned pigtails, loved pink bunny wallpaper and dreamed of being Nadia Comenici. But there was something about a sport that involved teams of women with towering coifs and skin-tight shorts throwing elbows on a slick track that seemed a perfect fit for a first-generation product of the feminist revolution. On the make-believe track at the end of my street’s cul-de-sac, I could be sassy and cute while literally knocking neighbor boys to their knees. I enjoyed nothing more than lacing up my little metal-wheeled skates and going for broke.

While roller derby seemed new to my Ford-era childhood, the game’s long and colorful history actually started 40 years earlier in Chicago, circa 1935. Inspired by the six-day bicycle races of the Great Depression, originally endurance contests between male and female couples, creative-thinker Leo Seltzer came up with the idea for the world’s first contest on eight wheels. The goal was to complete 57,000 non-stop laps, a distance equivalent to a trip from New York to Los Angeles. The idea was far-fetched, but people in the thirties were eager for any diversion from the economic troubles of the decade. In its opening match, the Transcontinental Roller Derby drew 20,000 enthusiastic spectators. Roller derby was off and skating.

The early matches were nothing like the “smash and crash” variety for which the game ultimately became famous. In a time when marathons were all the rage, the competition was a test of endurance. The skating track was flat, wheels were made of wood and the goal was simply to skate continuously for close to 12 hours.

Contact skating made its appearance in 1937, when some daring players hit upon the idea of using strategically thrown elbows to sabotage their competition. The crowds loved the displays of brute force on the track, and Leo Seltzer enlisted famed sportswriter Damon Runyan to help him recraft the rules of the derby. From that point on, the game existed in the rough and wily incarnation we know it today.

Having a career as a derby player was considered good fortune in the troubled times of the Depression. Though skaters worked hard and lived by a somewhat monastic code of conduct, they were able to sleep at the track after matches and were paid $25 a week, a remarkable sum in a decade when work of any kind was impossible to come by. For most, the battering they suffered on the track was well worth the paycheck at the end of the week.

Though roller derby caught on fast, the game didn’t achieve national prominence until the 1940s, when television brought live matches to TVs in neighborhoods around the country. TV was the perfect publicity vehicle for roller derby, which selected players for their crowd appeal regardless of any actual ability to skate. Initially, most skaters were in their teens or early 20s. But the demographic changed when a 47-year-old skater named Josephine Bogash formed a team with her son. Soon, gimmicks like husband-wife and mother-son teams and players with signature moves were all the rage. Josephine even brought in an entirely new audience of housewives, and before long, the derby audience was more than half women. In 1949, the same year the National Roller Derby League was founded, the season playoffs sold out Madison Square Garden for an entire week. Roller Derby had arrived.

While it’s fast-paced and risky, roller derby’s a game of simplicity. Each team’s made up of five men and five women. Contests are divided into eight 12-minute periods, with four between men and four between women. A game starts when the referee blows the whistle to signal that two teams are equally in position. Each group takes off in what’s known as a “pack.” In each pack there’re two blockers in white helmets, two jammers in striped helmets and a pivot man in a black helmet. Skaters form a close-knit pack with teammates as they circle, then wait for the right moment for one or more jammers to pull away from the pack and score by surviving the opposition’s defense and lapping their team in 60 seconds or less.

Roller Derby reached the height of its popularity between 1967 and 1973. In California, and especially the Bay Area, local team members, with their tattoos and feathered blonde hairdos, were as well-known as pro ball players and legendary boxers. Even Hollywood cashed in on the trend, making such films as Fireball, with Mickey Rooney; Kansas City Bomber, with Raquel Welch; and the cult favorite Rollerball, starring James Caan. When fans weren’t watching roller derby on TV or at the movies, they regularly filled big-city stadiums to catch the action live. It seemed the game had secured a place in the annals of American popular culture.

But like bell bottoms and The Partridge Family, roller derby was on its last lap by the close of the decade. When the money-grubbing Reagan years ushered in the trend of celebrity athletes and seven-figure contracts, no one would even admit to being a fan of a game as low-brow and low-class as roller derby. Teams hung up their skates, dumped out their hair spray and laid the game to rest.

Of course, all amusing things are destined for repetition. In the nineties, we’ve taken the Tony Bennett and polyester back to our cultural bosom, and roller derby is next up for reincarnation. When derby legend Joanie Webster, the Bay City Bomber’s beloved “Blonde Amazon” of the sixties, died in 1997, diehard fans were inspired to bring the game back to public recognition. Major cities around the country are once again home to teams that skate under the auspices of the American Roller Derby League, whose mission is to preserve and pass on this unique, all-American sport. Claiming to combine the family values of the fifties with the speed and agility of the nineties, the league brings together veteran skaters with newcomers to present classic derby events. Some ARDL teams, like the Bay City Bombers (http://www.baycitybombers.com), have been rolling since the early days of the game and, with their interest in training novice skaters and promoting new events, seem determined to prevent the sport from sinking back into obscurity.

In the spirit of making everything old new again, Jerry Seltzer, son of roller derby creator Leo, also helped breathe new life into his father’s legacy by recently stepping up as commissioner of the new World Skating League. Thanks to this decade’s popularity of in-line skating and extreme sports, the WSL has launched a hybrid version of roller derby known as Roller Jam (http://www.rollerjam.com). The re-energized sport, played on a bigger, faster track with high-tech in-line blades, made its premiere on The Nashville Network (TNN) in January 1999. The WSL’s inaugural teams, with names like The New York Enforcers and California Quakes, are set to re-ignite a TV entertainment legacy. The debut game had more than 2.9 million viewers and was the most-watched cable show during its time period among males ages 12 to 34. Most of the players and viewers of Roller Jam are too young to remember the game in its heyday, but their enthusiasm clearly rivals that of the yesteryear tradition. It seems there’s still nothing like a cat-fight between attractive women to capture the attention of bored American males.

So the next time an ARDL event rolls into your neighborhood, don some pedal-pushers, fire up the Falcon and grab yourself a seat trackside. Thanks to those good ol’ boys at TNN, if old-school derby eludes you, roller satisfaction is still only a channel-surf away. Pop open a can of Pabst Blue Ribbon or a bottle of Hearty Burgundy and settle back on the La-Z-Boy to catch the next generation of roller derby queens (and kings). We may be too old to lace up our skates and meet for a match at the neighborhood cul-de-sac, but the new generation of jammers can definitely get us going ’round and ’round.

The Insider
James Hall of Patz & Hall and Honig Wineries 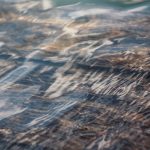 The ‘nac Is Back 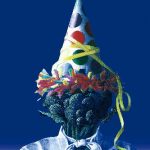 Culinary Resolutions for the New Millennium 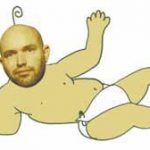 My Body Thinks My Brain Is A Geek