Home Mansplaining Wine During a Date

Mansplaining Wine During a Date 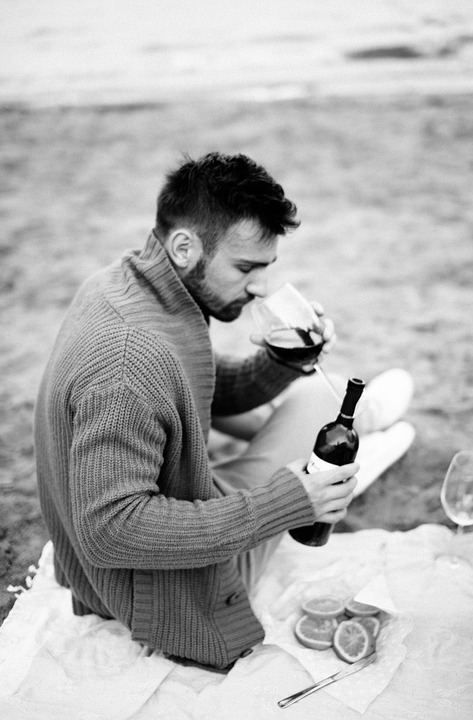 It’s a very cheesy romantic comedy kind of scenario: After a date, the man brings a flighty and twinkling eyed woman home to his bachelor pad and goes into his “cellar” to “get the good stuff.” Where he wow’s her into wide-eyed adoration with his knowledge of something exuberant, a 2003 Chateau Lafite, worth over $10,000 — but he saved it for such an occasion like this. Cue seductive smirk, cork, popping, she lets out a slight gasp, and ten minutes later the two of them roll over semi-satisfied between black satin sheets — the bottle of Chateau Lafite and two almost full wine glasses remain untouched on the kitchen counter.

Now, we take that scene and apply it to a real world scenario. It’s a first online date, the guy works in some office where he spends most of his time swiping on a dating app and checking sports stats. The girl is a bartender at a bistro down the street. They meet up for dinner, he wants to wow her with his manliness by b 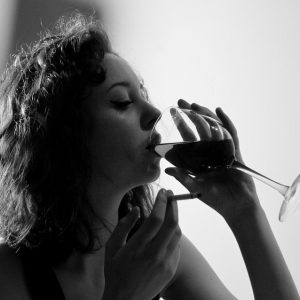 uying a $60 bottle of Syrah from somewhere french sounding. She sits and holds her tongue, smiling awkwardly knowing that he just purchased something that doesn’t pair at all with the fish they ordered, and also will probably taste like some four dollar bargain bin find at the drugstore down the street. But she lets him play the role, he looks at the label blankly and tastes the wine, smiling and nodding to the server who could care less if they live or die, the server then gives them both generously large glass pours because she doesn’t want to have to come back to their table for at least 20 minutes and the couple smile at each other and cheers. The man even asks for the cork because he had found some wikipedia article that told him it would be impressive for him to keep it on the table. The couple begin their dinner casually bouncing around to likes, dislikes and some food and beverage knowledge — since she is in the industry, he thought he would show off a bit. The girl doesn’t mention her extensive wine and spirits knowledge, as the man drones on a on about this amazing wine he had in Argentina “Malbec, have you had it? It’s delicious, very peppery.” She smiles awkwardly again, not wanting to hurt his fragile male ego by giving her input. The dinner ends and he is certain he can seal the deal by inviting her up to his apartment for a glass of Malbec. She checks her wrist, which has no watch, and politely declines stating that she has an early spin class in the morning she has to wake up early for. They give each other an awkward side hug and part ways.

As she walks to the car she wonders if there will ever be a time when a woman doesn’t have to sit through a date and be mansplained in every topic, like wine or foreign affairs, or how to properly dress for a job interview. And instead can be an equal in the courtship, be seen for her knowledge and talents first and her body last. No longer a wide-eyed, awe-struck, air head like in the movies, having to stroke the ego of a man just trying to get his.

But until then men, at least learn to choose good wine.