Home What We’re Listening To The Great Leap Forward 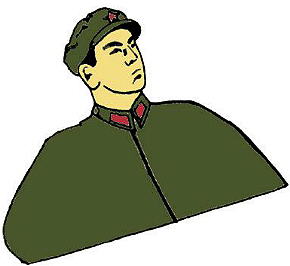 Choosing and drinking your wine is all well and good when you know which wine you like; better still, which region, year and winemaker you like. But where the hell do you begin when you only know there’s red wine, white wine, vodka and tonics? We gave Ben Canaider a list of the most common drinks and asked him to recommend the closest wine match to them. It’s one way to get you started.

Vodka and tonic: Vodka tastes of nothing at all; it’s a neutral spirit designed to mainline 40 percent alcohol by volume into you as quickly as possible. Tonic is sweetened, carbonated water flavoured with quinine – this is the stuff that stops you catching malaria, but to stop that you’ve got to take a fair bit of it, or drink a hell of a lot of vodka and tonics. This mixed drink tastes like mineral salts mixed with palm sugar. If vodka and tonics presses your buttons then try drinking botrytised riesling, such as Lindemans Padthaway. And it comes in a 375ml bottle too so you can still neck it in a club.

Vodka, lime and soda: This calls for a straightforward riesling with plenty of citrus and lime flavours, but something that’s not too lean. Young rieslings from Clare and Eden Valleys often have these lime characters. Try Peter Lehmann Eden Valley Riesling.

Vodka and lemonade: We know that vodka tastes of nothing but it’s the lemonade that’s the key here. The sweetness of the lemonade means you need a sweetish and slightly fizzy wine. Brown Brothers Moscato is berry fresh and fruity. It tastes more of grapes and grape juice lemonade, but it’s cheap and easy to drink by the bottle. This is also a good wine to drink instead of Bacardi Breezers.

Rum or whiskey or Bourbon and cola: The sweet, molasses qualities of rum and the smokey and oakey tastes of whiskey or bourbon call for wines that have been matured in sweet and charred oak barrels. The grape variety merlot, young sweet merlot, is ideal. Miranda Mirrool Creek Merlot is inexpensive stuff, as is Kingston Estate. Or if you need more syrupy sweetness and want a bit more alcohol, drink port. McWilliams Hanwood 10-Year-Old Port is the trick. It’s sweet and tastes of prunes and raisins and a little bit of coffee, which reminds you of the cola. Go easy on port though, it can knock you ’round a bit. But then, so can Bundy and coke.

Midori and lemonade: Midori is Japanese for green. This curious and furiously coloured drink is supposed to taste like melons but in fact, it tastes a little more like banana. Some sauvignon blanc tastes like banana, but they are not very good ones. But what the hell, give it a whirl and see what you think.

Gin and tonic: Gin drinkers talk about “botanicals” when they rabbit on about gin. These are the flavours you get from juniper berries, which are the things you make gin from. Not much wine tastes like this. Tonic, as discussed, brings its own unique flavour. A simulation might be a very young semillon spritzer. Young semillon has that cut and raciness that gin has, but it’s drawing a long bow to suggest they taste the same. This match is more about the same effect of the drink than it is about the taste.

Scotch and dry: Go for a glass of Penfolds Bin 138 Shiraz Grenache Mourvedre. The camphor and dry gruffness of this wine are as close as you get to the gruffness in a bad scotch and dry, or a good one for that matter.

Lemon, lime and bitters: Being a non-alcoholic drink, the nearest wine equivalent to this is that Maison non-alcoholic wine junk you buy in the supermarket. But why try to reinvent the wheel by replacing an already sensational drink with one that is far from anything? There is no replacing the lemon, lime and bitters. It’s one of the world’s great drinks. Just enjoy it as is.

Campari and soda: You want Lambrusco. The bitterness of the Campari and the fizz of the soda is more or less this type of wine in a mixed drink form. There’s a lot of very bad Lambrusco, and a lot of sweet stuff too but go for Lambrusco Grasparossa or Salimino.

Kahlua and milk: Coffee, milk, and 26.5 percent alcohol. Mmm … Try a very expensive and very lactic South Australian icon shiraz; something that’s been matured in brand new American oak and something that’s been made from ancient vines bearing tiny amounts of super-concentrated fruit. You basically need a liqueur soup to match Kahlua and milk and these icon wines are the way to go. Sure they might be a little more expensive than your flavoured drink, but they also have so much more.

Cointreau on ice: Oranges, double-distilled grape brandy and loads of sugar pull together to make this drink. To match this combo, try some Muscat of Alexandria poured over ice, if you must, or try old semillon, of a not particularly high quality.

Tequila over ice with lemon: More semillon and semillon/sauvignon blanc matches here. Tequila, being made from a kind of cactus called the agave tequilana, has a slightly sweaty and heavy smell, and a high degree of acidity. This gives the drink a sharp piquancy and a pretty lifted aroma and taste. Very strong semillons and sav blancs have the same sort of emphatic flavour, just don’t bother with the salt and lemon.

The Segregation of Wine
1,181 views