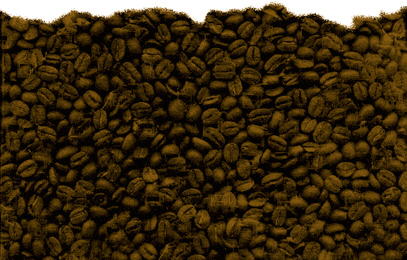 A coffee bean may be born perfectly good. It may come from great arabica stock, be tended to with care, even survive picking, drying, washing and transport. It may even further persevere the rigors of roasting and blending to arrive in your home only to face devastating destruction in the hands of one so coffee-callous as yourself.

So many things can go wrong before a bean is brewed and consumed. So if you manage to get a hold of some good ones, you should do everything in your power to ensure they don’t turn the wrong cheek at the last fateful moment before consumption.

Here are a few things you can do to make sure good beans stay on the path of righteousness while en route to your morning mug. 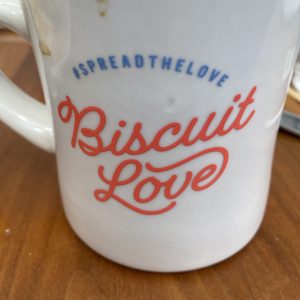 First, coffee should be brewed — in a coffee pot, best cheap espresso machine or any other vessel you may choose to employ — as close to the time of grinding as possible. We’re talking seconds here, folks. The reason is this: when coffee’s ground, its flavor components are exposed and begin evaporating. Think about it. A whole, unground bean holds its flavor well because only the surface of the bean is exposed to the air. The inside is protected from deterioration. (It’s the same principle as a bottle of wine.) Once ground, the particles are exposed; thus the demise begins. The majority of deterioration happens immediately, with deterioration waning over time. The bottom line: the sooner you brew ground coffee, the more flavor you’ll get in your cup.

If you’re serious about your brew, invest in a grinder. While there are many inexpensive blade grinders on the market with a propeller-like apparatus, the best grinders have burrs. The difference being blade grinders tend to chop beans into uneven-sized particles, which generally leads to uneven extraction rates during brewing. Cafes use burr grinders, which smash beans into even-sized grounds and permit correct extraction during brewing.

If you don’t have a grinder, have your coffee ground at purchase, and buy only as much as you can drink within a few days — a week at most. And make sure you have your coffee ground for the specific brewing method you plan to use. Coffee for a press pot should be much coarser than dust-speck grounds that fill an espresso machine’s portafilter.

Ground coffee should be stored in an airtight container in a refrigerator or freezer. There’s some disagreement about which is preferable. I choose the freezer because its contents usually don’t emit odors. Coffee will pick up aromas of onions, cheeses and fish, to name a few, if they’re in your frig. Once you measure what you need, put it back immediately, otherwise moisture may condense on the beans – another no-no. Experts also recommend placing a paper towel in the bottom of the coffee container to soak up any moisture that may develop.

Given that a cup of coffee is 99 percent water, it’d be stupid to overlook the importance of agua. In the spirit of The Three Bears, the best water is neither too hard nor too soft. It’s just right. Which is often hard to come by straight from the tap. Filtered or bottled water may seem an improvement, but not so if it’s steam distilled or spring water that’s high in mineral content. At the very least, the water you use to brew your coffee should be cold and fresh.

Will you achieve the perfect cup if you pay attention to all of these factors? Well, that’s the motivation, much like the search for that other hallowed cup that gets coffee fanatics outta bed every morning.

… found that given a choice, most Americans would take $1,000 to give up coffee, soda and other sources of caffeine for one week. More than 75 percent of adults nationwide said they’d chose that sum over the stimulation. What’s interesting, though, is that more than 14 percent surveyed said they’d refuse the offer, opting for java over a couple of Andrew Jackson’s. And nearly twice as many older respondents (aged 55 to 69) than respondents 18 to 24 years of age said they’d go sans caffeine.

Sep 28, 2017Wine X
The 'nac Is BackYou Can Get It Eating Smoked Salmon