Home From the Earth to the Vine

From the Earth to the Vine 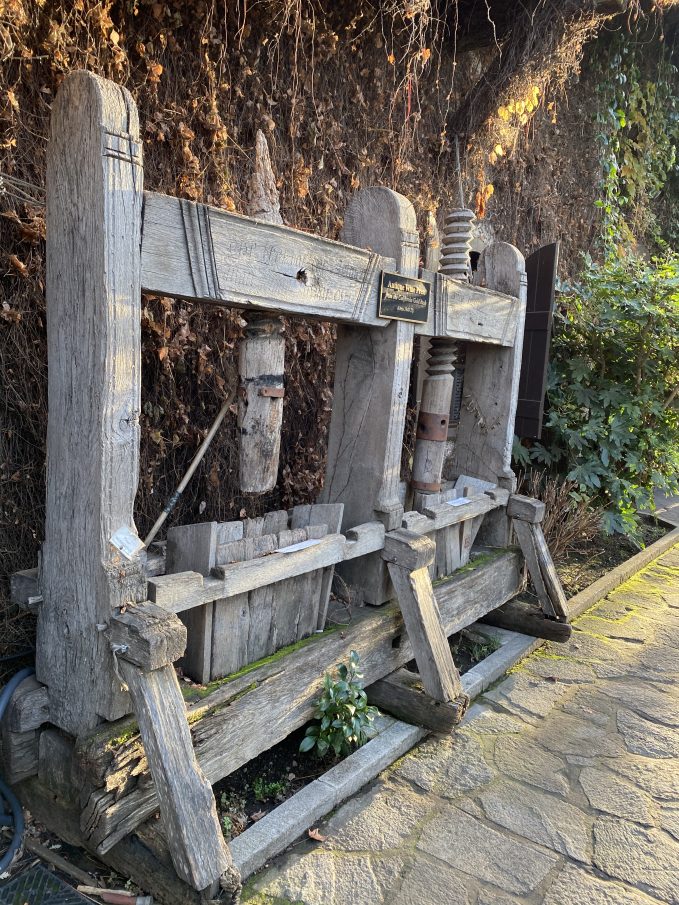 Let’s call this wine 1.0…..its ok to do the update on this later, I swear it won’t F up your battery life.

Domestication (that means some dude pulled a berry, ate it and didn’t die, so he went and told someone about it)  of vitis vinifera arose approximately 9,000 years ago, in the rich soils of Mesopotamia. In the same Fertile Crescent where man “invented” agriculture. However, we can’t actually say that humans “cultivated” grapes then & made them into wine.   We can kinda figure out that all of the pieces were there, but the historical record stuff, like a wine magazine, arent obvious…

What we know is that there are a whole lotta archeological findings such as terracotta vases and amphorae that suggest a wine usage, or at least a deep heartfelt kindness for vinegar……. but no one really knows exactly how we came to make this nectar of the gods.

To get to today’s version of wine in your glass, we needed at least another 4,000 years of experimenting in our human history– most of it accidental.  I mean… motivated, yes… accidental… probably.  kinda like the way I fix my car.

Vines and the way we nurtured and loved on them until they made delicious fermentable grapes took a giant leap for mankind as civilizations communicated, & traded.   And also as time marched on.  So grab a map or a history book,  put your finger on the Caucasus and then trace ancient Phoenicia.  Then with as much flair as you can muster (or ketchuper) ….. draw your way through the path of the vines as they passed through the other textbook cultures of the ancient world: the Egyptians, then draw up and over to the Greeks, a little cursive motion to the Etruscans,and – of course –  let your penmanship show (or fingermanship in this case) as you swoops back to Italy.

It goes without saying that the Romans are credited with dispersing vines in every corner of the empire, in all the varieties we know today.  Bravo!

We skipped a lot while we were  finger drawing.   So let’s add a little depth to those finger stops

All of the fermentation progress over the past few hundred years has been built on centuries of ancient knowledge. And it can me argued that some of the salesmanship and marketing can be traced to those times too.

Vitis vinifera, of Eurasian origin, is a woody climbing plant, similar to ivy. Without particular care and attention, no fruit grows on the wild vine. Thanks to careful pruning and attention in planting, we are able to produce fruit worthy of fermentation and enjoyment.    Someplace along the way, someone found this otherwise invasive creepy crawl weed vide and figured out that pruning it might make more berries.     And the berries were good….It was Noah who – planting one vine on Mont Ararat after the flood – accomplished the first gesture towards settling a city.

Then the Phoenicians, famed throughout history as the greatest wine exporters and merchants, began the early spread of this divine beverage. Think of them as an ancient Gallo sales team…..

It was the Egyptians, the Greeks, and finally, the Romans who all added science and good record keeping to document, improve, and hardwire processes to maximizing grape yields, regulating their exposure to the sun, with dedicated experts caring for and cultivating the fruit. All these actions resulted in a higher quantity – and better quality – of wine basic materials (you know… GRAPES!)

The Etruscans, along a parallel development with the Greeks, brought ancient wine production into a more modern light. The Greek school of wine grew grapes low to the ground, but Etruscans grew the vines higher, using their knowledge of iron to support plant growth, further exposing them to the sun and the wind. The Etruscans also began the first studies on grafting, the creation of hybrids, and positioning whole vineyards to favor the sunlight.

The Egyptians deserve credit for the “invention” of pruning the vines to produce a heftier fruit. According to legend, the discovery came about very matter-of-factly, as farmers noticed the effect local animals had on the plants. Pastoral herds would occasionally feed on the leafy sections of the vines. The result of this natural pruning produced larger and more substantial grape bunches, with better quality. An interesting testament to this fact is the tomb of Nakht, TT52 in Egypt, where the walls are painted with long vines of hearty grapes and very small leaves. The quality of wine produced by the ancient Greeks is documented in numerous texts. Regardless of their additives of honey or resin, the ancient Greeks knew how to produce a high-grade product. It became a passion for the culture, so much so that the drink was used in religious ceremonies and the god Dionysius was guardian over the cultural importance of the beverage.

The southern Italian islands, under the dominion of the Magna Grecia, were significantly influenced by the culture and practices of the ancient Greeks. Thus, these ancient wine-producing methods expanded over the centuries into northerly provinces towards Liguria and Piedmont, and in southern France. MMMMMmmmmmmm.  We both know this is where things get good…. culminating is all of those amazing record keeping monks, friars, and men of the cloth in Burgundy.

But I digress…. back to the greeks for a sec.

Yet these two cultural norms – Greek and Etruscan – found their unity under the Roman Empire. The Romans continued scientific agricultural research into wine production and harvesting, selecting, and attempting best practices to maximize yields and quantities. Already in the 2nd C BC we read Catone and Horace, praising the harvest, techniques, grafting principles, composting, and proper harvesting and fermenting methods. Wine had become a fundamental element of the Empire. With the political expansion of the territories, vines and their subsequent fermented product played a major role all over Europe. (like, they went everywhere…..  including the monks in Burgundy)   It was only a few centuries later that wine would have major cultural importance in all of western civilization.

That’s wine 1.0…..  It’s a little mystery, a little history, and a little monetary….. no upholstery as much as I can tell.