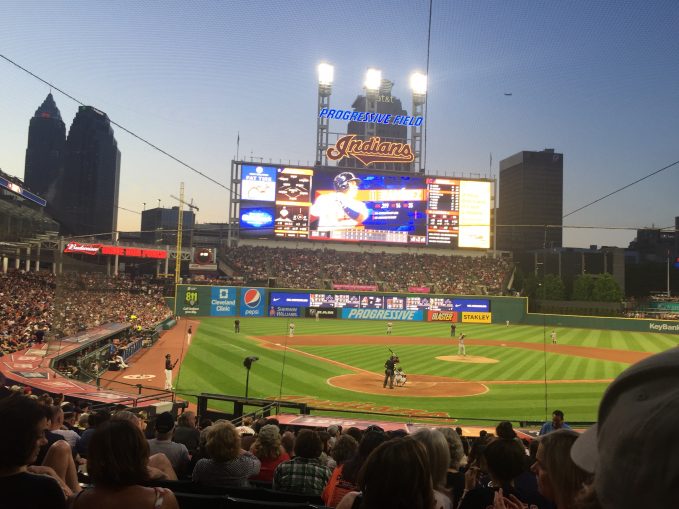 This past week, the 2019 class of the Rock & Roll Hall of Fame was inducted. It’s a pretty eclectic group. I have one of each one of the songs on my iTunes list – not sure what that says about me.

When the founders of the Rock & Roll 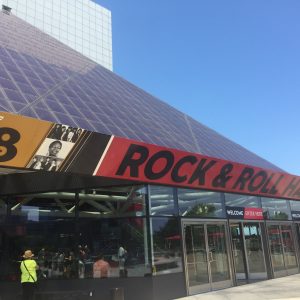 Hall of Fame decided to situate the museum in Cleveland, the only people that weren’t surprised were Northern Ohioans.  Memphis, Chicago, Detroit, and many other cities claim a piece of Rock’s birth but Cleveland has a unique story to tell with its role in the mainstream acceptance of Rock.  Betcha didn’t know that?

OK, let’s be honest, the popular opinion on the Hall’s location is less about history and more about  “CLEVELAND?????” I mean,  NYC didn’t have crap to do with the Space Shuttle but there’s a reason why the Space Shuttle is on display there and not Houston, home to Mission Control.

Here’s the rub though.  Cleveland Rocks. Seriously.  It’s cool as shit.   The food is amazing & unique to the area’s heritage, the bar scene and nightlife are vibrant, and when the weather is good there are way more than a week’s worth of cool places to explore.

Cleveland is a city of neighborhoods, as is typical with pre-1900 urban development. And what that means is that you 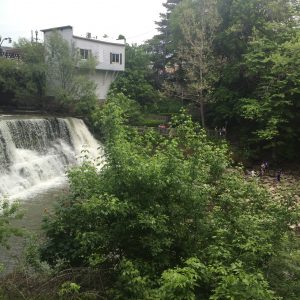 get a different vibe in each of about a dozen boroughs (except Parma…. which has no vibe 😉     Lakewood is, well, like bohemia preppy. Liberally clean and cleanly liberal if you know what I mean.  Cleveland Heights to Shaker Heights is old school middle class meets old school big money, with rolling green spaces and cool walkable locally-owned shopping. A little further south are places like Chagrin Falls and Hudson.  If reincarnation is real, I want to come back to life as a Hudson-area golden retriever.  Chill life among the BMW’s, the sidewalk cafes, boutiques and parks.

The Cleveland food scene has been underrated for years, but Iron Chef Michael Symon has done much to bring a lot more notoriety to the area.  The ethnic blend of basically all of Europe,  African-American  & now Eastern cultures makes for an amazing mosaic. What you can’t deny though is that the magnitude of Eastern European influence here is rarely seen in any other part of the US.  Even though the Polish, Hungarian, and other middle European neighborhoods are mostly gone, the influence on the cuisine is everywhere.  Fried cabbage and dumplings is a foodgasm dish to all bacon lovers, yet nearly wholly undiscovered by most Americans. You can find it often on Cleveland menus. 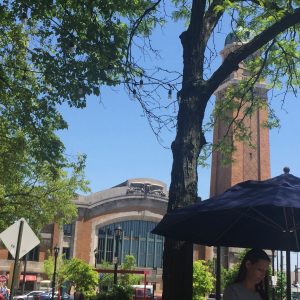 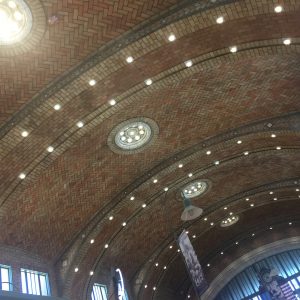 Want to cook at home?  Even if you don’t, any serious foodie needs a stroll through the famous West Side Market.  The baked goods, sausages, fresh butter,  artisanal bacon…my god….. it’s delicious just to look at.   The building itself is beautiful. Imagine an upscale food market in Grand Central Station.  That’s the vibe of West Side. 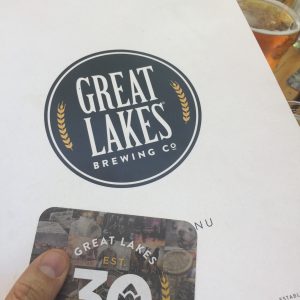 market and has been making legendary regional brews since the ’90s.  Their Dortmunder, the beer that made them famous, is too delicious.  It’s a must try. So is their food. Try the patio on a nice day.

So here’s what I want to leave you with in Part Uno of our Clevland Discourse……..  Not everyone wants to go do what everyone else goes and does.  Know what I mean?   No knock on Vegas or LA, but at least some of us think the travelers’ road less traveled has some merit.   If you did a Ctrl+C, Ctrl+V on all that is Cleveland… you’d have something like an Austin or a Denver……   cool as shit and an awesome place to explore.

……and we haven’t even touched on the R&RHOF yet.

In the meantime…..   I know you want to try the Cabbage & Dumpings dish I mentioned earlier.  So in an act of goodwill, I’ll give you my version.  It’s outrageous!!!!!

In no other dish that I can think of is it more imperative that you make homemade dumplings.  It’s easy though.  Beat two eggs until fully blended.  Add one cup milk and stir until you have a nice yellow mixture.  Add flour until you have a nice solid dough ball. Start with a cup of flour but don’t be surprised if you need more.

Bring to a boil a pasta pot, at least half filled with water, and liberally salted.  I like to use a teaspoon to cut & drop into the boiling water dumplings that are at least the size of a quarter.  Big is just fine

Using your largest possible frying pan, heat one heaping tbs of butter along with your ten strips of bacon until the bacon is fully cooked.  Set the bacon aside, and when it cools you should break it into smaller bite-sized pieces.  Next, add your sausage, cut into perhaps 1/8″ segments, to the remaining liquid in the pan and just the warm the sausage. Set aside.    Finally, add the chopped green cabbage to the frying pan, adding the remaining butter and cook down until soft.

The final step to Foodgasm:

When the cabbage becomes very soft and mostly translucent, and the pan on low-medium heat, add back into the pan the bacon and the sausage.  Then add the drained dumplings and stir to coat them with the juicy goodness.