Charbono the Grape; Not the Vegas Drag Show. One of the coolest ghost grapes of Napa. 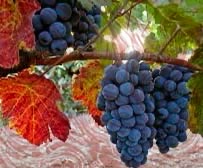 
Charbono Napa wines take some serious discussion. Farming costs money. That’s where we start the story of Charbono the Grape Not the Vegas Drag Show.  Running a winery costs even more money than traditional farming since wines are a subjective product.

Either you like bananas or you don’t like bananas. However, you don’t shop around for different banana varieties. Please don’t bring up plantains; that’s for another argument. If you are a winery owner, you have to go with one of the big three; cabernet, chardonnay or pinot noir. It’s what the buying public knows. Charbono?

For the uninitiated, that sounds like Cher’s former married name then a grape varietal. Much like a Vegas stripper, Charbono goes by several aliases, including Bonarda and Douce Noir.

At one point charbono was a fairly dominant grape in the Napa Valley. The Inglenook Winery, one of the original Napa Valley stalwarts produced it in significant capacities going back to the late 1800s. This came to an end when Francis Ford Coppola took over Inglenook and ripped out the Charbono vineyards in the font of the famed estate and replaced it with, you guessed it, Cabernet Sauvignon. Why? Because Cabernet is the money maker, and Charbono is the hobby. Like they say in golf; drive for show, putt for dough.

Charbono has that ignoble fate of thriving in the same climate as Cabernet. Therefore it renders itself “financially insignificant” in the valley that judges acreage costs per grape as a type of pissing contest. However, in places like Argentina, where Charbono is better known as Bonarda, there has been a bit of a renaissance. In fact, in the Mendoza region, Bonarda is the second most widely planted grape varietal, behind Malbec.

In Napa though, recent reports have only about 40 acres of Charbono left……. and maybe no more than 70 acres in all of California.

Personal rule, whatever is left in Napa has got to be good.  No matter the grape. Bottom line…. if you COULD be making cab, but you’re making something else with that dirt, you’re either crazy or convicted. 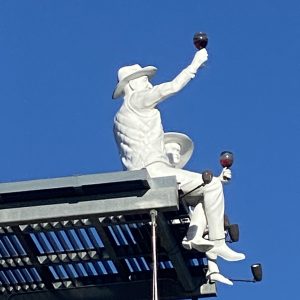 In the glass, Bonarda has the same dark, brooding profile as a Malbec, but with less tannins and significantly more acidity. Additionally, it comes in lower on the alcohol side and typically has very little oak interaction. As a food wine, it’s particularly versatile and can hold its own with the grilled steaks from the Argentinean pampas. Or for that matter, any type of barbecue with sweet sauces; the high acidity cuts through it nicely.

The flavor profile screams like a bastardized version of Merlot and Petit Verdot, but is genetically most related to a rare grape, Douce Noir from the Savoie region in France. On the nose, the fruitiness dominates, with plum, blueberries, and black cherries giving way to hints of violets and Asian five spice to round out the middle notes. The acidity kicks in on the palate in a pleasant manner, again belying its food-friendliness and easy drinkability.

In Napa, everything old is new again, and cutting-edge producers like Toffanelli, Summers Estates, and August Briggs, are all offering very compelling Charbonos in the Calistoga region. Inglenook, Foley, and Turley have been in the game. Calder has a deal with Frog’s Leaps delicious Rutherford Charbono, for now.   But getting grapes is a year-by-year challenge. So my strategy is to not get really emotionally tied to a single label and follow the grape…. know what I mean? 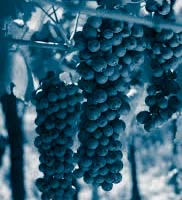 Naturally, the appropriate price tag to compensate for the “hobby varietal”, comes in tow, making the Argentinian Bonardas look like relative bargains. However, the quality levels coming out of the latest California Charbono releases prove this is no passing fancy. Some of these winemakers are taking a cue from Justin Timberlake and “Bringing Sexy Back”, in the form of an easy-drinking, food-friendly option to the typically high alcohol fruit bombs that typically dominate the Napa scene. 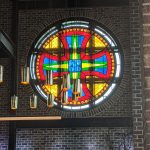 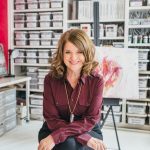 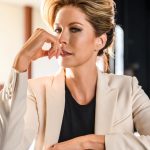 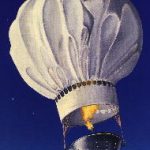 The Pinot of Santa Barbara County 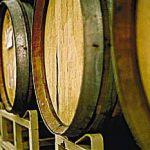