An American Bad Boy Gets a Makeover

Whiskey has always been the drink of dangerous men — of cowboys, rock stars, poker players, backroom dealers, all the unsavory types — the ultimate macho accoutrement. Whiskey is what mom warned you about, and there has never been anything dainty about drinking the stuff. In accordance with myth, whiskey is to be belted back in a quick, neck-snapping gesture, from a shot glass or straight from the bottle, by those who are tough enough to take it.

Remember Clint Eastwood in High Plains Drifter? The mysterious loner saunters into town looking straight ahead. Conversations stop. Eyes watch through shutters. A long, slow scene ensues before the mysterious stranger arrives at his destination — the saloon. He stands solo at the bar, requests a bottle of whiskey, and, after several bolts of liquor as brown as his trenchcoat, blasts a half dozen men into oblivion.

That’s the whiskey myth. But within the last decade, guns and guitars aside, whiskey has become a fashionable, savorable beverage. The shot glass has even given way to the snifter, and those who enjoy whiskey are as often urban sophisticates as urban cowboys. Never mind what mom said; whiskey is now respectable.

Whiskey is often mistaken as a single spirit — a burning brown liquid with harsh flavors and nasty sting. But the truth is that whiskey is quite varied in its origins, ingredients and levels of quality — a beverage worthy of serious contemplation. Even though it has several “rotgut” examples (cheap stuff that tastes terrible), whiskey also has several refined examples that provide as much pleasure, complexity and savoring opportunities as the finest cognacs.

Brown liquors, most notably single malt scotches and premium bourbons, are definitely hot. The time has never been better to pull up a chair and cradle a snifter of one of the best spirits the world of distillation has to offer.

Whiskey is a spirit made by fermenting and distilling grain, and there is a broad range of examples from many lands. The best, and fast becoming the most popular, are whiskeys that come from Scotland and Kentucky — known as scotch and bourbon, respectively.

By long-established custom, Scottish distillers spell the name of the spirit they make from grain whisky, while U.S. distillers spell their product whiskey. The character of a whisky is determined by such factors as the principal grain or grains in the mash, the type of still used, the details of distillation, the proof or alcohol content of the spirit, the types of barrels used for aging and the length of aging time.

Though bourbon and scotch are both whiskies, they are unmistakably different from each other. Bourbon, distilled mainly from corn, leaves a faintly sweet perception on the palate.[Scotch is made from barley] that has been dried over open peat fires and retains a trace of smokiness in its scent and taste.

Unlike bourbon, which usually calls to mind cowboys and country music, scotch has long been the drink among whisky aficionados (think polo players and tweed). The limited range of high-quality, high-priced single malt scotches has always been a favorite of those who wished to savor life’s finer pleasures. Ultra-premium scotches are distiller’s showpieces — individual gems within the category of imported whiskys from Scotland. Advocates of fine scotch look for and cherish the differences in vintages and bottlings just as wine lovers compare similar qualities between prized Bordeaux or Burgundies.

A REBELLIOUS HISTORY OF SCOTCH AND BOURBON

Scotch goes back further in history than bourbon — as far back as the 10th century. The Scottish have a saying: “There’s whisky and there’s guid whisky, but there’s nae bad whisky.” Such is the passion the Scottish bring to their native spirit, which the world knows as scotch. Although Scottish whisky is now highly regulated according to ingredients and process, geography is the primary criterion for authenticity. In 1909, the British “Royal Commission on Whisky and other Potable Spirits” laid down the law that only whisky wholly distilled in Scotland could be called scotch.

Scottish farmers would originally make a harsh concoction out of grains they had put aside to fuel their stills. As with all whisky, Scotch production begins by heating grain, in this case barley, in a large vat. The starches in the grain then convert to sugars, which are fermented by the addition of live yeasts to create alcohol. The resulting liquid is then distilled to produce whiskey, which, with few exceptions, finds its way into oak barrels to be aged before bottling. In Scotland, the original name for all distillates made of grain was pronounced wee-ska-bah, translated as “water of life.” The name later became Anglicized to “whisky.”

People have always fought over money, and the Scots were no exception. Whisky making was well-established in Scotland by the 16th century. Farmers made their own and had begun trading small portions with friends and neighbors. When the government sensed taxable revenue from the trafficking of spirits, an excise tax was imposed on spirits. The farmers, or “smugglers,” resisted by going underground in 1644, giving rise to stories of whisky stills hidden in churches and of Scotch shipments transported in funeral corteges.

American whiskey making took off in the late 1700s, partially as a response to the British blockade that stopped the flow of rum, then the colonial favorite. As in Scotland, colonial farmers made their own distilled batches of whiskey from products they had on hand, which, in America, was corn.

At the time of the American Revolution, whiskey production was booming, especially in western Pennsylvania. One needs only to recall the Boston Tea Party to realize that colonial America had a problem with the tax man. When Alexander Hamilton tried to impose an excise tax on whiskey in 1791, and sent in tax collectors to enforce the law, the enraged whiskey makers tarred and feathered the “revenuers” and ran them out of town on rails. It took the militia to bring order to the situation known as the Whiskey Rebellion, and many of the whiskey makers fled to Kentucky, which is now the capital of premium whiskey production in the United States.

Single malt scotches are the creme de la creme of Scottish whisky. The secret to single malts is in the individual character, which comes from being hand-crafted at a single distillery. Barley is the key ingredient in single malts, and great attention is paid to every element of production. Only water from local wells or streams will do, and the distillation equipment is rigorously kept as is. (When parts need to be replaced, bumps, dents and scratches are replicated so as to avoid affecting some nuance of the whisky.) After distillation, the single malt whisky goes into previously used oak casks for aging. Old sherry casks are preferred for the subtleties of flavor and color they impart. A minimum of three years in wood is mandatory before bottling, with fifteen years considered the limit for most malts.

The length of aging time, the quality of malts and the reputation of the distillery usually determine the price and status of a single malt scotch. Premium scotch is the largest group, made up of the best-known brands and labels that determine the overall American perception of scotch. Super-premium scotches, aged twelve years or more, cost more than premium scotches and have a perceptible difference in richness and bouquet. Ultra-premium scotches are the gems, and you can expect to pay dearly for them. Age is the hallmark of this group — twenty years or more in the cask. Ultra premiums are mouth-filling, loaded with subtle nuances and often handsomely packaged. (For more information on single malt scotch see “Scotch 101” in our Education department.)

Bourbon is the chief example of an American straight or unblended whiskey and is named for Bourbon County, Kentucky. Bourbon uses corn as its principal ingredient and must contain at least 51 percent of it to carry the name. One of bourbon’s main flavor enhancers comes from the use of “charred” barrels used in the aging process. A charred barrel has literally had its inside burned and will impart a smoothing or mellowing effect to the whiskey that is aged in it. In practice, most bourbons are aged at least four years. Many of the newer “boutique” bourbons are taking their cue from Scotch and are aged for upwards of fifteen years or more.

Bourbon is a full-bodied, full-flavored whiskey with a touch of fruit in the bouquet. It has a resultant sweetness that comes from the corn, a hint of vanilla that comes from oak barrels and a butterscotch quality imparted from the charring of the barrels. As with scotch, there are variations of depth and nuance among brands, as well as alcohol strength (from 80 proof to 125 or more).

At the heart of the boutique bourbon revolution are the “single barrel” and “small batch” designations, which are becoming the hallmark terms for bourbon aficionados. Single barrel bourbons are meticulously chosen barrels of a distiller that display the best quality of the distillery. A “small batch” bourbon is a hand-selected blend of several barrels from the total output of the distillery — a connoisseurs blend, if you will. As with scotches, these bourbons are distillers’ showpieces, and you can expect to pay dearly for the quality.

Whiskey has definitely come a long way from the “bad boy” perceptions we have grown up with. Yes, it still has that fire — that burning quality that might take some getting used to. But with patience, and a little polite disregard for mom, whisky (or whiskey) can become a sweet, smoky, earthy companion for a cold winter night or a soothing complement to your favorite cigar. Or, what the hell, savor and contemplate some while watching your favorite western. But rest assured, the cowboy with the brown bottle never had it quite as good as you do now. 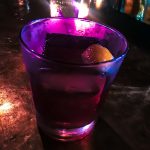 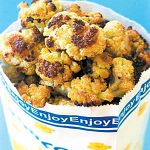 Do It In The Kitchen
Caputo’s Corn Chowder 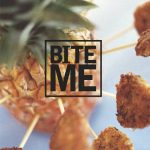 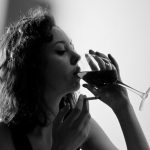