A Few Minutes With Jamey Whetstone of Whetstone Cellars 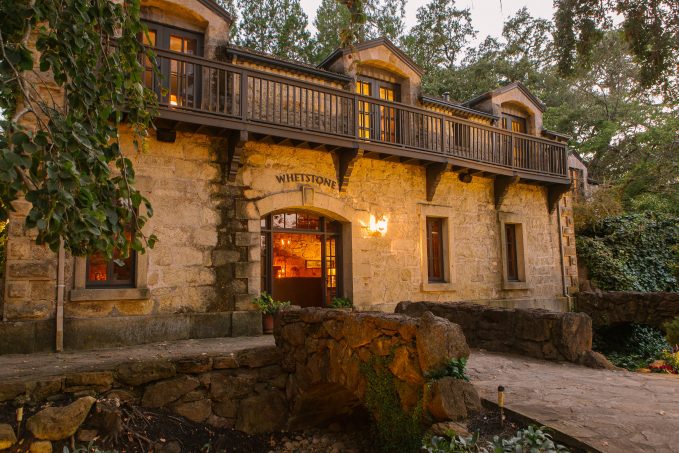 The last time I saw Jamey Whetstone, he tried to kill me. It may or may not have been intentional, but it began innocently enough. He texted me at 8am, to see if I wanted to join him at the winery to do some barrel tasting. Because in Napa, drinking at 8am is not only acceptable; it’s encouraged. Also, it was for purely scholarly reasons.

We ran through several examples of his phenomenal pinot noir in various samples; barrel, newly bottled, and recent release. The initial samples of each, for reference and scholarly sake eventually turned into full pours. Which turned to additional bottles. Which somehow turned into tequila and tacos later in the day. When you are drinking beer at 11pm to rehydrate from a wine tasting at 8 am, it has been a very full and eventful day. 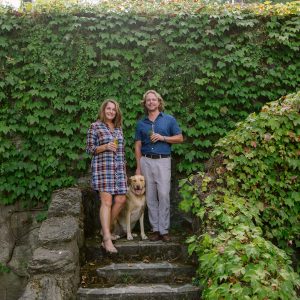 The bigger point of this is, Jamey Whetstone knows hospitality. A product of Southern upbringing, he displays the genteel manner of a Southern gentleman, who is a surfer at heart. He is easily the best byproduct of bicoastal living. And true to form, he worked his way up in the industry, bootstrapping his business and now the purveyor of his eponymous winery.

After moving to Napa Valley in 1996 and acclimating and as a manager of Mustards Grill, he began his winemaking journey apprenticing at Turley Cellars in 1998, followed by a sabbatical working for the Seysses family at Domaine Dujac in Morey-Saint-Denis. While at Turley in 2002, Whetstone Cellars was born. The wines are a perfect reflection of his personality; part brash California surfer, part refined southern gentleman.

Catching up with Jamey now, he talks about his love of family, real music, and of course, his wine.

Given the downtime with the quarantine, how are you guys working around the traditional tasting room aesthetic that drives so much of your business? As a southern gentleman, this lack of hospitality has got to be killing you?

JW: We’ve been blessed from day one during this crisis, as Wine Club members have stepped up online, which has helped. The funny thing is the number of random curbside “driv-bys” we get where locals call in, and we 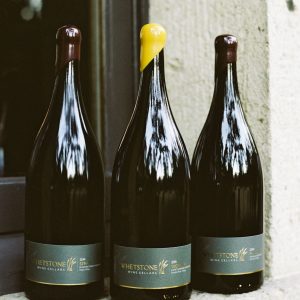 just meet them outside. We’ve had folks head over on their golf carts from the Silverado Country Club, just for bottles at dinner. We are blessed to have cultivated the following we have. Retaining my Southern gentlemanly roots, I have sent hundreds of hand-written thank you notes to anyone who has purchased wine from us since early March.

Who is winning the battle of homeschooling, you and Michelle, or the kids? Would you want them to follow into the family business, and if so, how are they currently being indoctrinated?

JW: Luckily for us, we had been homeschooling our youngest for the past two years, so that may have been the only part of this whole situation that remained business as usual. Having the family go into the business? That’s a real double-edged sword. The kids have seen the hours we put in even while on “vacation.” Napa is a magical place and a wonderful spot to raise a family. But the proliferation of winery competition and lack of control over Mother Nature makes for some pretty slim margins. I want them to be happy. I’d encourage them to get out (and stay out!) and see the world, be individuals, be entrepreneurs, and find their own way. And if they come back to the nest, there is no shortage of work for them here!

I just recently convinced my 12-year old that David Bowie is a genius. I know how much you love music- especially live shows which are often a staple of the wine and Whetstone experience. What are you listening to now?

JW: Man, we’ve been blessed to have bands play at Whetstone from Cage the Elephant to Maggie Rose to George Porter Jr and so many more. We’ll keep those small intimate shows coming as soon as we can again!

Personally, it’s been all across the board these days. Jay Z, Son Volt, My Morning Jacket, Chili Peppers, Roxy Music, Foo Fighters. Full disclosure, I think the only guy I would leave Michelle for is Taylor Hawkins of the Foo Fighters (She might say the same thing on her end!) It really hurt when John Prynes passed. That kinda rocked me. I saw one of his last shows at the Ryman in 2018 and he was just magical. He brought out Amanda Shires on fiddle and her husband Jason Isbell. Fantastic show.

I’ve also had a deep dive into the classic big band / swing era because it just feels like such optimistic music for what was a fairly shitty time (World War 2) so it feels appropriate today. I wake up some days with the Talking Heads, “Once in a Lifetime“ lyrics on an endless loop in my head; “This is not my beautiful house? This is not my beautiful wife? How did I get here?”

Sophie’s choice. You have Syrah, Chardonnay, Viognier and Pinot Noir. You can only keep one of your” children”. Which is it and why?

JW: The Catie’s Corner Viognier has been my baby for a long time now. It’s been with me the longest. Michelle slept with me because of the Viognier and married me because of the Syrah. The thing with the Viognier…From a vineyard standpoint, I harvest just off of flavors, not lab chemistry. Just flavor. It’s a great grape to work with.

I still get so fired up when people come into the tasting room here in Napa and have never heard of the grape. Once they get their palate around a glass of it…the ripe apricot, honeysuckle, and orange creamsicle flavors…they not only want to hear again how to pronounce it but ultimately if they can have more. Just keeps me so stoked to continue making wine for a living!

I understand you are bored with Whetstone and moved on to a new project. Honestly, aren’t you just trying to get away from Michelle? 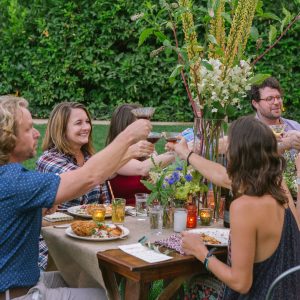 JW: She actually loves it when I spend more time “outdoors!!” I was blessed with the opportunity to be a partner in a new venture Fresh Vine Wine that resides in the healthy lifestyle space. My other partnership is with a company I’ve been a part of since 2017 called Noah River Wines. Both are growing at exponential rates and are taking advantage of a rapidly changing world and folks’ habits around value wines that are delicious, healthy and totally punch above their respective weights.

Any final thoughts, parting words? What are you personally drinking these days?

JW: Man, Drink as well as you can. Daily. Hard to be in a bad mood when consuming as much Rose as I do! ’13 Nebbiolo with a bone-in ribeye off the grill has been a fave too. And I’d be a traitor to my Southern roots if I wasn’t within arm’s reach of Weller Barrel Proof bourbon. Neat. Cheers brother!! Stay well.

Nov 8, 2020Wine X
Tasting the future…and its 6 feet away.Tommy Lee on the Power of Self and Riding Life at 320 MPH

The Segregation of Wine
1,183 views